If you are a student of Tai Chi you will be aware of the many ways in which the hands, wrists and fingers are employed when practicing the movements and forms. There is always a reason why a particular hand movement is included in a routine and this is usually for the health benefits that such movements bestow upon the practitioner. For example, the locked wrist and tight fingers of the “bird’s beak” which occurs in so many forms, and is an important part of the “Single Whip” movement, is believed to be very beneficial in the prevention of arthritis and carpal tunnel syndrome.  Flexibility is at the core of the practice of Tai Chi, and this extends to every single muscle, joint, ligament, and tendon. Tai Chi’s approach to health works on the premise that your hands and feet are as important as your spine and hips when it comes to maintaining good health. This balanced principle is identical to the way baoding balls work so if you are having good results with baoding balls or Tai Chi, it should make sense to explore the other.

A good reference to have is a hand reflexology chart. By strengthening the wrists with the use of the balls you are also working the lumbar region of the spine. Increasing the flexibility of the fingers with baoding balls will benefit your sinuses, eyes and ears, and the increased stimulation of the meridians in the hand will have a therapeutic effect on the digestive tract, liver and lungs. As you can see by being able to target the areas of the hand, you can amplify and enhance the effectiveness of the Tai Chi forms you use for those same areas.

Baoding balls can be integrated into your Tai Chi routines quite easily. No matter which form you are learning you can adapt the hand movements so that the balls stay in the palms of your hands. Whenever there are “open palm” movements within a routine, you can use the baoding balls to aid you in maintaining the correct hand position. After you are able to hold the balls while doing the Tai Chi, start to rotate the balls at the same time. It takes practice as not all forms will be conductive to rotating balls.

Most Tai Chi Forms were developed to act beneficially on particular aspects of our health, such as Dr Paul Lam’s Arthritis and Diabetes Forms. Older forms draw their inspiration from the animal kingdom and mimic animal movements in some way to bring the qualities of that animal into the human realm, so that we find the movements associated with birds such as the goose or the crane, focus very much upon the graceful movements of arms, wrists and fingers. Wild Goose is a particularly good example of this and if you have ever seen it performed by a group of people in perfect synchronicity you will agree that it is as beautiful as the best of ballet performances. Using baoding balls to increase both strength and flexibility in the fingers, palms, and wrists will add to the effectiveness of such movements in your own practice.

Qigong forms and exercises are very much focused on the inner workings of the energy lines or meridians which run throughout the body. Regular practice of qigong brings many benefits, as students will already know. Qigong is gentle yet powerful and increases the body’s flexibility, stamina and resistance to disease. It helps to calm the mind and to relieve anxiety, tension and stress in a natural way. The goal is always to bring the body’s systems into harmony and balance because it is this balance that confers good health. If you are familiar with the concept of Yin and Yang you will already know that the two forces are always in a state of flux and that for every action there is an opposite reaction. Regular practice of qigong gives you the tools your body needs in order to restore balance between the two forces.

Baoding balls can be a useful addition to your qigong practice in many ways. The movement of the balls mimics the constant state of movement in the energy channels, or meridians, as Chi moves throughout the systems of the body. You may also be familiar with the expression “Sick Chi”, meaning any feelings of discomfort or negativity that you would like to let go. Stagnant Chi, according to the principles of traditional chinese medicine and qigong, will bring illness and disharmony, whereas healthy, life-giving Chi is fluid and in a state of perpetual movement. Holding the baoding balls during your preparation time at the beginning of a qigong session serves to remind you to focus on fluidity in all things. Manipulating them as you sit or stand quietly, breathing deeply and rhythmically in qigong style will help to amplify the beneficial effects of your breathing by stimulating the meridian points in the hand.

The lung and large intestine meridian runs from the thumb to the collar bone, meaning that the action of manipulating baoding balls both stimulates and supports these organs. The thumb is of course the most important of the digits in the human hand and receives a good workout when you manipulate baoding balls. Stagnant Chi can be shifted by moving the affected area of the body, and in the same way, the action of the baoding balls on the fingers, wrists, and palms of the hand helps to open up the meridians, clear the energy channels and release any blockages.

Qigong is also referred to as “moving meditation”. Conventional meditation requires the body to be still so that the mind can follow and find its own stillness. In contrast, qigong meditation involves the conscious and deliberate movement and placing of parts of the body. Meditation with baoding balls incorporates smooth and rhythmic movement. When qigong meditation is combined, the baoding balls helps to amplify the beneficial effects of the qigong movements. 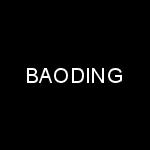 A common question people have is how do you pronounce “Baoding”? Bao is pronounced “bow” as in bowing down like the Japanese do when they greet someone. So baoding is pronounced bow-ding.

Now you are one step closer to being a baoding ball expert!